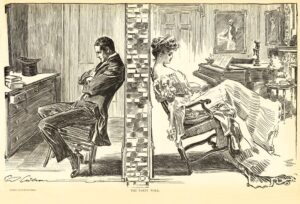 A “party wall” is generally defined as a wall erected on a real property boundary as a common support to structures on both sides of the boundary, which are under different ownership. See Black’s Law Dictionary, 5th edition (1979).

Generally, a party wall is a wall used by adjoining landowners as a division wall between two connected and mutually supported buildings of different owners, which usually stands half on the land of each. A party wall may be a wall that belongs entirely to one of the adjoining landowners but is subject to an easement or right in the other to have it maintained as a dividing wall between the two buildings.

A party wall can only be created by a contract between adjoining landowners, or by the force of a statute or by the legal doctrine of prescription, which is a form of adverse possession.

The rights created by a party-wall agreement are a particular form of easement.

Sometimes, courts will find the existence of an “implied easement.” Some courts have found an implied easement of support, finding that each landowner own the part of the wall situated on their own land and that the owners are not tenants in common.

Issues involving party walls usually arise where a party wall needs repair and one landowner is unwilling to contribute to the cost of repair, or where the existence of a party wall agreement or easement is not shown on a title report.  A party wall, where there is a covenant (promise) to maintain and rebuild the wall between the adjoining owners, constitutes an encumbrance which will render title to real estate defective.

“When one adjoining lot owner builds on his own property, one wall flush with the line, but resting wholly on his own property, the adjoining owner acquires no interest nor easement in such wall. He cannot acquire such interest other than by grant, or by prescription raising a presumption of a grant. He cannot, as of right, use such wall as a common wall, or as lateral support for a building thereafter erected on his own lot.” Coumas v. Transcont. Garage, 68 Wyo. 99, 116, 230 P.2d 748 (1951).

If you need help with a party wall, contact us.